Samuel’s Holiness and Finishing with Integrity

Ancient words never cease to surprise how they address modern concerns. Take, for instance, the Old Testament reading from Morning Prayer today in the 2019 Book of Common Prayer. The prophet Samuel testifies with a clean conscience about his conduct as Israel’s spiritual leader throughout his life:

“Here I am; testify against me before the LORD and before his anointed. Whose ox have I taken? Or whose donkey have I taken? Or whom have I defrauded? Whom have I oppressed? Or from whose hand have I taken a bribe to blind my eyes with it? Testify against me and I will restore it to you.” They said, “You have not defrauded us or oppressed us or taken anything from any man’s hand.” And he said to them, “The LORD is witness against you, and his anointed is witness this day, that you have not found anything in my hand.” And they said, “He is witness.” (1 Samuel 12:3–5, ESV)

It’s a strange experience to read those few sentences in light of the past few years. Churches in America have suffered a series of shocking revelations about gross moral failures among well-known spiritual leaders. From sexual misconduct and abuse to intimidation and manipulation, the faithful have suffered heartbreaking news regarding their pastoral leaders who have preached the Word of God and administered the sacraments of Christ. Confidence and trustworthiness in pastoral leaders has shaken the hearts and minds of the laity.

Compare the shaken confidence of our times with the steadfast and sure confidence that Samuel conveys. He speaks as a man “old and gray” (v. 2), yet he invites examination from his people with four questions. Each question is concerned with justice, especially regarding financial matters:

After inviting examination, Samuel also expresses a willingness to redeem any offenses he may have committed, or restore any inequities another suffered at his hand. Samuel makes room for unintentional sins, blind spots, offenses that may have escaped his notice.

In reply, Israel agrees with Samuel’s self-examination. He remains innocent of these grave offenses.

Of Common Sins and Scandals

Samuel’s farewell words are an aspiration for pastors. These words are true north in the pastoral life. It is the summit one hopes to reach at the end of life.

In the middle of my life, I am all too aware of my own shortcomings and mistakes as a pastor, both past and present; of sins such as impatience, selfishness, and irritability. I grieve the memory of those sins, yet I find comfort that I’m pursuing repentance as ‘a long obedience in the same direction,’ as Eugene Peterson said.

Shortcomings, errors, and mistakes are to be expected from pastors. We are sinners being purified ourselves, even as we lead others to “work out their own salvation with fear and trembling.” Shortcomings, errors, mistakes—these are common sins that need confession and repentance. Yet the common wrongs of pastors are not the same as offenses which bring scandal to the church. According to John the Apostle, not all sins have the same quality:

Pastors will commit common wrongdoings, but there are more serious offenses that endanger one’s soul and bring scandal to the Church. Samuel was free of those offenses.

Samuel must have had shortcomings, too, though he is presented as one of Israel’s holiest prophets.1

Holiness in a Time of Corruption

Consider the beginning and end of Samuel’s life. His life is an inclusio of a holy life in ages of corruption. Samuel receives his calling in the temple as a young boy (1 Samuel 3). The first task of his calling was to declare judgment on the house of Eli—Eli, Samuel’s spiritual father.

Eli’s sons were priests, but they were described as ‘worthless men’ (1 Samuel 2.12). They dishonored offerings to the Lord and stole from the people of Israel. Eli failed to intervene with his sons’ sacrilege. He offers a rebuke without consequence. He honors his sons above the Lord.

This was the state of Israel’s priesthood when Samuel was called by God.

At the end of Samuel’s life, Israel has demanded a king, which is a similar offense as Eli’s. Israel prefers a human king above God who delivered her from Egypt. Faced with a fierce enemy in battle, the Ammonites, Israel demanded that Samuel give them a human being, which was an outright rejection of God as Israel’s king. Here was an offense that endangered and scandalized Israel.

God permits the request, which ushers in a new era of unrighteousness in Israel, escalated by Saul, the king Israel demanded. Samuel rebukes Israel for demanding a king and calls them to repentance:

“And Samuel said to the people, “Do not be afraid; you have done all this evil. Yet do not turn aside from following the LORD, but serve the LORD with all your heart. And do not turn aside after empty things that cannot profit or deliver, for they are empty.” (1 Samuel 12:20–21, ESV)

Samuel could offer that rebuke and the call to righteousness because he kept himself from “the sins that lead to death.”

Fraud, oppression, and theft—sins that would damage Israel and scandalize the prophet’s office—were far from Samuel. He can stand before Israel, old and gray, with a clean conscience. He has been faithful throughout his life, a life lived during an age of corruption.

Give Us Clean Hands and Pure Hearts

Churches in America, both Catholic and Protestant, are reeling from the scandals of their pastoral leaders. It will take time, repentance, and renewed devotion to holiness to recover from these scandals.

In such a time, one needs both holy examples and vigilant prayer. In Samuel, spiritual leaders have an example of one who lives in faithful obedience from birth to death.

In vigilant prayer, our prayers need not be long. Our prayers need be regular. In these days, there’s new meaning and new importance, both for pastors and their people to offer these call and response prayer that one prays everyday in Morning Prayer:

Clothe your ministers in your righteousness
And let your people sing for joy.

Create in us clean hearts, O God;
and take not your Holy Spirit from us.2 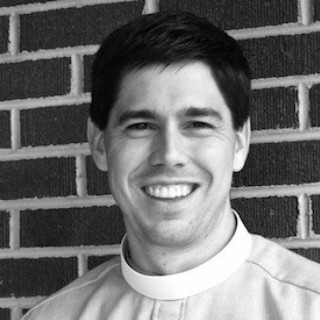